Great Barrier Reef to get help from coral gardens

Great Barrier Reef to get help from coral gardens

TheSPACE is proud to share this information of one of our valued members and co-workers of thespace.

Read below the story of Stewart Christie and the work that Reef Restoration Foundation are doing.

A unique research project underway near Cairns to grow healthy coral for replanting on the Great Barrier Reef could soon get a helping hand from tourists.

One of Australia's first coral gardens was planted this week.

Small pieces of coral taken from Fitzroy Island are being suspended from a tree-like structure to promote quick growth.

Reef Restoration Foundation founder Stewart Christie said the nursery of heat-tolerant varieties will eventually be harvested and placed on parts of the reef affected by bleaching.

"Every six to 12 months we'll take cuttings from these trees, plant them on the reef and try to restore some of those damaged sections," he said.

The not-for-profit organisation will spearhead the three-year research project, after it was granted a permit to install 20 coral growing frames in two different locations at Fitzroy Island.

The concept has been more than a year in the making and is based on successful programs developed in Florida and the Caribbean.

Tourists to get involved

If the study is a success, tourists will be given the opportunity purchase their own piece of coral which will be planted back on the reef.

"The focus is really around helping tourism operators rehabilitate and restore the damaged sites so they can showcase some pristine parts of the reef and from there we can start educating tourists and guests about the bigger ticket items like climate change, " Mr Christie said.

The move has been backed by Cairns tourism operators who hope it will help businesses struggling after two consecutive bleaching events.

"Some of the local operators that aren't so much involved in the international marketing are down 20-30 per cent so it's a very significant drop in visitation," Association of Marine Park Tourism CEO Col McKenzie said.

"This is probably one of the most exciting projects we've seen come up this year," he said.

"This the first time [the Great Barrier Reef Marine Park Authority] has given a permit for this kind of research and if we can prove it's successful it has enormous potential to assist the tourism industry," he said.

PHOTO: A researcher conducting a baseline survey for the study. (Supplied: Reef Ecologic)

The Great Barrier Reef Marine Park Authority's (GBRMPA) approval of the project coincides with the official launch of its Reef Blueprint this week, which sheds light on the challenges faced by the UNESCO World Heritage site.

"The future of the Great Barrier Reef is uncertain. We desperately need strong global action on climate change but in the meantime we need to do everything we can locally," GBRMPA chief scientist David Wachenfeld said.

Dr Wachenfeld said initiatives like coral gardening reflected a new approach to dealing with the problem.

"We're actually looking at new ways of managing the marine park and one of those things is to think about the best ways to intervene in the health of the reef and promote its resilience, including restoration," he said.

Marine scientist Nathan Cook, who has been assisting on the project, said while it was a step in the right direction, work in reef restoration must not detract from the problem of climate change.

"They can provide small-scale localized diligence to help that reef manage through difficult times and potentially recover quicker after disturbances, but we have to be mindful that we don't detract from the message that climate change is the greatest threat," he said.

Scientists working in the field have hopes the results of this research could open the door for other unique approaches to helping the reef enter into a new era.

"This is the first step on that road and we anticipate we'll have three, four or more of these projects over the coming few years," Mr Cook said. 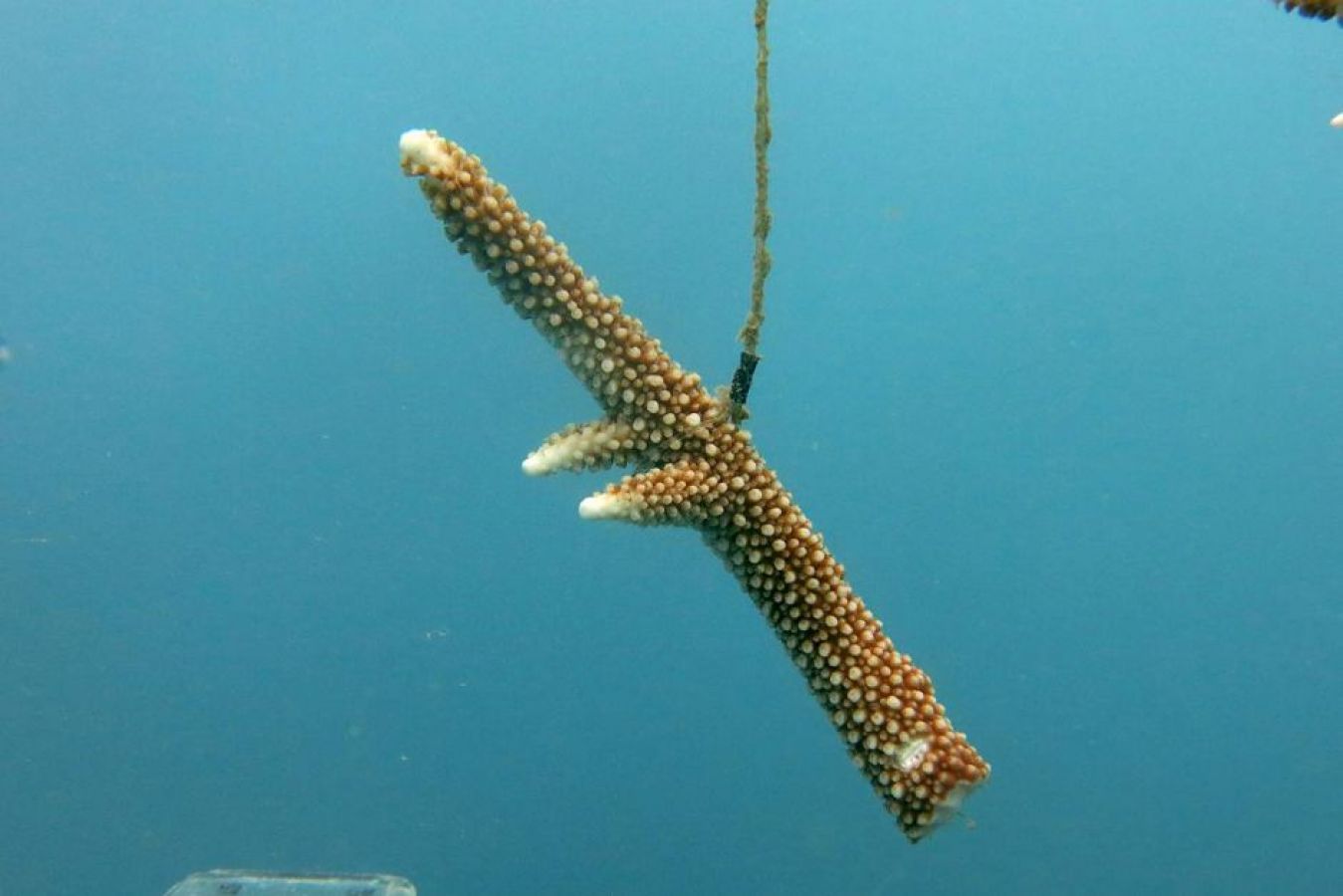